Pakistan Day Parade 23 March 2022 Performances Pics details are available on this page. Pakistan Day will be observed on 23rd March 2022 in Pakistan and the Federal Government has officially announced the public holiday on this historical day. According to ISPR, the March 23 parade was rescheduled due to inclement weather and the Pakistan Day parade will now be held on March 25. The Armed Forces Parade will be held at Shakarpur on time.

Preparations are in full swing here to celebrate Pakistan Day Parade 23 March 2022 in a befitting manner as the nation is preparing for the day celebrated across the country to mark the passing of the Lahore Resolution, when a separate nation for the Muslims of the British Indian Empire was demanded on March 23, 1940, in Lahore.

Pakistan Day parade will be organized at the Shakarparian ground in the federal capital Islamabad.

Pakistan Armed Forces will take part in a parade on 23rd March 2022. Islamabad traffic police have also released the traffic plan for March 23, 2022.

Pakistan Day is a national holiday to commemorate the Lahore Resolution of March 23, 1940, when the Muslim League drafted the political resolution calling for establishing an independent federation.

With the 75th Pakistan Day Parade 23 March 2022 just a few days away, elaborated arrangements are underway to celebrate the day with great national zeal and patriotic spirit. As Pakistan Day holds a significant place in the history of Pakistan and to mark it in a befitting manner Armed Forces were busy in rehearsals and drills at Shakarparian parade ground to celebrate the day in a spectacular way.

Armed forces troops and other departments were busy in rehearsals and making other administrative arrangements for the day, to be held in a dignified and respectful manner. The residents of the twin cities of Islamabad and Rawalpindi were also taking a keen interest in the rehearsals and visiting nearby areas such as Faizabad and I-8 interchanges to witness aerobatics maneuvers of fighter jets of Pakistan Air Force (PAF).

According to a District Administration spokesman, the administration has finalized all the arrangements for Pakistan Day Parade 23 March 2022. Rawalpindi District Police and City Traffic Police Rawalpindi have chalked out special plans to ensure holding such a mega event in a magnificent manner.

Strict security measures have also been taken in the twin cities of Islamabad and Rawalpindi to avoid any untoward incidents. City Traffic Police (CTP) Rawalpindi have finalized all the arrangements under a comprehensive traffic plan formulated for Pakistan Day Parade 23 March 2022.

The spokesman informed that traffic from Faizabad to Rawalpindi and Islamabad would remain closed during the Pakistan Day parade from morning to conclusion of the parade. He said that all the traffic on Murree Road heading towards Islamabad would be directed to use the diversion point of Double Road Chowk and 9th Avenue, whereas traffic coming from Koral Chowk would use Khanna Pull service road to enter Islamabad, after passing through Shamsabad via Double Road and 9th Avenue. 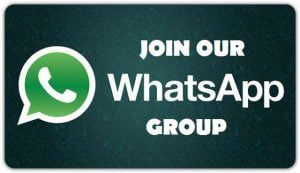 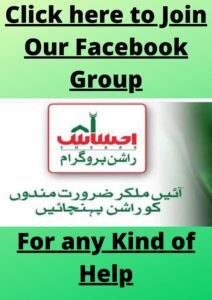 Assistant All Past Papers

PUNJAB PUBLIC SERVICE COMMISSION (PPSC) ALL PAST PAPERS HELD IN 2018

PUNJAB PUBLIC SERVICE COMMISSION (PPSC) ALL PAST PAPERS HELD IN 2020

(LAW-GAT) ALL PAST PAPERS